The Accademia di Comunità is a network of Italian cultural associations, informal groups and active citizens who, in August 2017, came together to initiate a lab-like structure with which they support socially-concerned change makers in the alpine Vallagarina district.

It explores the question: What constitutes community? How can humans and nature coexist? How might we activate community economies? i.e. economies that have the well-being of both people and other living beings at their core.

To pursue its aims, the Academy creates social spaces that enable a productive dialogue between people from different social backgrounds, while openly encouraging experimentation and cooperation through co-design(ed) activities.

The Academy itself also serves as a ground of experimentation as it tests participatory models of horizontal governance, citizen-public sector collaborations and a community economy financing model.

One of the Academy’s projects, the QuerciaLAB, was a community-based research and resource centre, hosted in a disused, 200m² industrial space that was part of a compound hosting 80 asylum seekers. The tasks were to think about various kinds of economies, to build useful things together, to learn from each other and to envisage in practice how to live differently.  The space was constructed in a three month long collaborative building process that involved an international diverse group of architecture and design students, asylum seekers, local inhabitants, researchers and crafts-people.
Events hosted at QuerciaLAB included several research and building week-long workshops, exhibitions, cooking events, collective ‘making-for-change-makers’ sessions, activities involving asylum seekers and high-school students, music classes, and research weeks.

More information about the Academy and its projects can be found on http://laforesta.net. 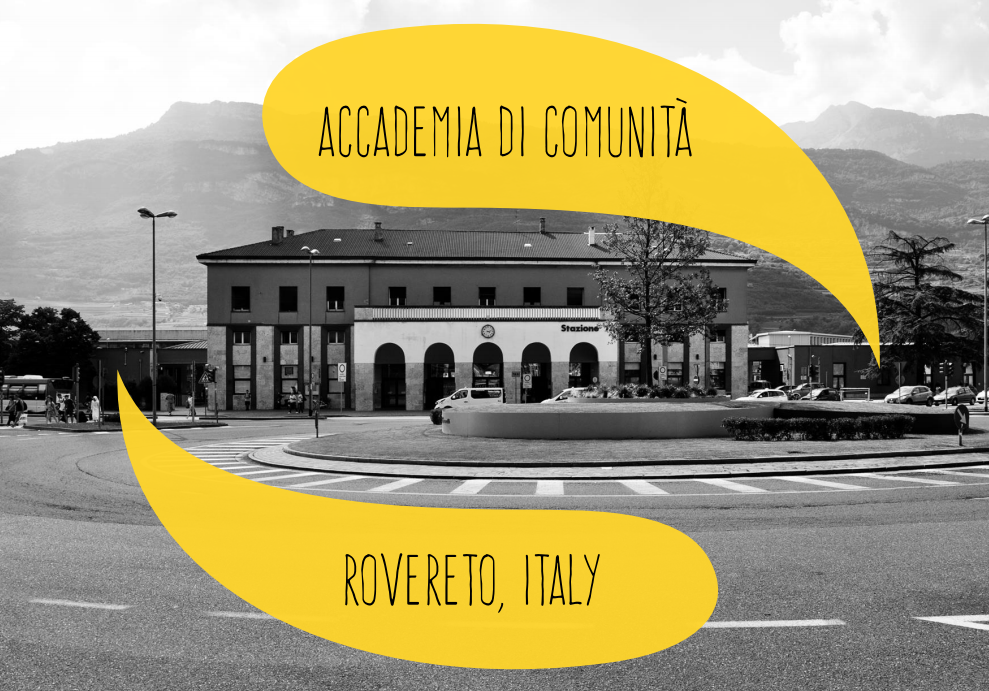